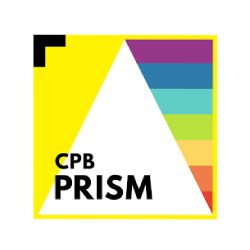 Chennai Photo Biennale was founded by the CPB Foundation and Goethe-Institut, Chennai in 2016 as a public arts initiative in response to the growing interest in photography in India, specifically in Chennai.

Spread along the length of the city, from the beaches in South Chennai to the fishing villages of the north, CPB aims to extend itself beyond traditional exhibition spaces to public spaces and those parts of Chennai that have remained outside the realm and remit of contemporary cultural activities. Conceived as a city biennale, CPB’s primary goal is to bring Chennai into its fold by engaging different communities and generations through exhibitions, workshops, panel discussions, presentations, mentorships and educational programs. In a globalised world, where the photographic image has transformed from its primary objective of representation, depiction and documentation to become a measure of identity and self worth, it becomes imperative to reassess its purpose, its potential and its power to impact the human mind and decision making.

Acutely aware of the dearth of spaces as well as indifference towards a unified effort in the Southern region to bring visibility to historical and contemporary photography from India and the subcontinent, CPB made its foray in February 2016. As a month long event, the Biennale installed photographic works in train stations, public parks and galleries spread across Central and South Chennai. Along with the exhibitions, the Biennale initiated an important dialogue on environmental, cultural and economic issues through mentorship, presentations and films. This first edition of the Biennale welcomed over 100,000 visitors.

Disseminating knowledge through screenings of films, thought provoking projections and guided walks that form an integral part of any biennale’s itinerary