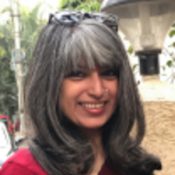 Arundhati has received recognition from several quarters for her work in the non profit sector. In 2010 she received the Global Fundraiser Award from Resource  Alliance International, the same year IFA won the ‘India NGO of the Year’ award in  the medium category. She is a recipient of the fellowship under Chevening Clore  Leadership Awards, in the UK in 2015-16 and has worked with the National  Theatre, UK. She is also a recipient of the Chevening Gurukul Scholarship for  Leadership and Excellence at the London School of Economics, London in 2005.  Arundhati was selected as one of the top three leaders in the city of Bangalore  under the ‘Lead India’ campaign of The Times of India in 2008.

All lessons by Arundhati Gosh